There is a famous Amitabha dialogue in the movie Namak Halal which says, “…English is a funny language. Bhairon becomes ‘barren’ because his mind is too narrow…” Back home in Tameez-Nadu, Rajinikanth Gave a spin-off – “Vaipuri in Tamil becomes Yapuri in English and Velpuri in Hindi.”

That is to say, English has actually changed the way we pronounce many things—from ‘dengue’ to ‘argue’ and the names of our cities and towns—Houston to ginny.

Tamil Nadu has a predominantly English-speaking population – 25% speak it fluently and another 25% have a working knowledge. And thanks to the Raj Hangover, some of our cities, regions, and towns still retain their old names – Ootacamund (Udhagamandalam), Shevaroy Hills (Sarvarayana Hills), Triplicane (Thiru-Ali-Keni), and Erode (Iru Odu or two). Currents) ) (The Dutch were equally guilty – tarangambadi (trankbar).

Last week, the Tamil Nadu government surprised everyone by renaming over a thousand places in the state to ensure that the English names accommodate the pure Tamil pronunciation of these regions. This phonetic change came as a big surprise for Tamils ​​battling the Corona pandemic. After all, they can speak English, walk English and laugh English, you see?

The resolution for the formation of linguistic states was passed in the Nagpur Congress meeting in 1920. Tamil scholar Thiru. V. Kalyanasundarnar, who was then the president of the Congress party in the state, proposed the name Tamil Nadu to give it a separate linguistic identity, while other states were named with an appendage ‘Pradesh’.

In July 1967, the then Chief Minister CN Annadurai passed a resolution in the Assembly and named the state as Tamil Nadu. Later, Ma.Po.Sivagnanam suggested that the name of the state be changed to ‘Thamiz-Nadu’, even Tamil scholars insisted that the name be changed as ‘Thamiznatharasu’ according to Tamil grammar. should be fabricated. After much consultation, leaders like C Rajagopalachari (Rajaji) concluded that it should be called Tamil Nadu, and added the letter ‘U’.

On July 18, 1968, the first DMK regime led by CN Annadurai (Arignar Anna) successfully passed a resolution in the state assembly to rename ‘Madras State’ to ‘Tameez Nadu’, giving it constitutional legitimacy. Apparently, it was spelled as Tamil Nadu and since then, not only within the state, but in all correspondence in the country and around the world, the state was called Tamil Nadu.

Now, that’s the political timeline and changing the name isn’t enough, is it?

The story of this language is equally fascinating.

Etymology to begin with- “Tama” means ‘self’ and ‘miz’ is similar to ‘mozhi’ or language.

One of the distinguishing features of tamiz is that it has three different forms of sound. In fact, the correct pronunciation of “Tamil” sounds like “tamiz”, for which there is no phonetic equivalent in most other languages.

The earliest use of the word, which has the Tamil phoneme ZH, is found in a Tamil Brahmi inscription as well as in Sangam literature, both dated to the beginning of the Christian era. “Tamil has 12 vowels and 18 consonants. The ‘l’ in the word ‘Tamil’ is pronounced like the retroflex ‘r’, although it is often translated as “jh”.

The name ‘Tamizh Nadu’ finds mention in the Sangam literature Paripadal and Silappathikaram, one of the five epics of Tamil. It is also present in Agananuru and Purananuru. In 1910, the poet Bharathiyar repeated this in his poem as #Senthamizhnadu.

‘Tameez’ is spoken by 74 million people around the world. It is the 17th most spoken language in the world and is the official language of Sri Lanka and Singapore.

A Dravidian language, it is spoken by millions of people in India, Malaysia, Canada, USA, UK, and Australia.

With an unbroken literary tradition spanning more than two millennia, the written language changed little during this period, and today schoolchildren are still taught the alphabet using atichudi—an alphabet poem written around the 1st century CE.

Tamil is also one of the few surviving classical languages ​​in the world.

So, as soon as Srirangam becomes Thiruvarangam, can the government consider renaming the state to Tamizh Nadu in line with the changes made in 1,018 places? 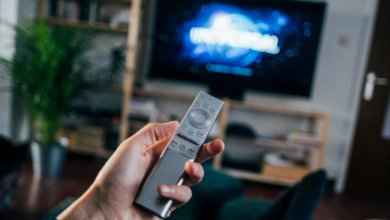 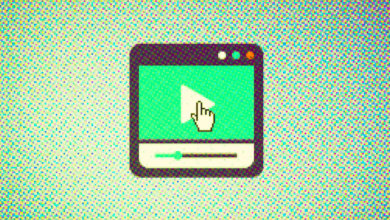