Sevugan Regupathy, the law minister of Tamil Nadu, a state in South India, has introduced a bill to ban online gambling sites, including poker and rummy sites. The state also plans to regulate other online casino games but has not yet announced the date of enforcement of the law.

Reasons for the Ban

Online gaming has gained popularity all over India, which the state of Tamil Nadu considers to be a problem. The local media reports that the latest ban is because of the rise in suicides caused by gambling addiction.

According to a report prepared by the state regulatory committee, 99% of the emails they received from residents requested a ban on online games. The state feels that unregulated games are vices that lead to loss of productivity, reduced eyesight, and aggressive behavior. The ills of online gambling have been further highlighted by local news media and pressure has been placed on the state government.

In light of this recently introduced bill and newly established regulations, even the best new Indian casino sites will need to rethink their strategy. Authorities will be uncompromising if this will negatively affect people’s well-being, be it mentally, emotionally or even financially.

The state government recently surveyed the teaching staff to determine how online gaming impacts students. Among the teachers surveyed, 67% said that more students have poor eyesight, and 74% said students are unable to focus on their studies because of excessive online gaming activities.

But many groups do not support the ordinance. Gaming and technology lawyer Jay Sayta says the law is faulty because it categorizes poker and rummy as games of chance. He also points out that the government’s definition of online fantasy games isn’t clear.

According to Sayta, the regulation goes against several years of court rulings that segregate games of skill from games of chance. He predicts that the law will face a legal challenge as soon as the government brings it into effect.

Tamil Nadu has tried to ban online gaming in the past. The state amended the Tamil Nadu Gaming and Police Laws last year to include an online gaming ban. Although imposed in February 2021, the Madras High Court ruled that the amendment was unconstitutional.

According to the Madras High Court, the Supreme Court ruled in 1968 that the state cannot ban online rummy because it is a game of chance. The court also permitted the state to frame constitutional amendments and laws that can successfully ban some kinds of online gambling.

All India Gaming Federation (AIGF) CEO Roland Landers said the law might ban most skill-based games, including poker and rummy. The AIGF said the fact that the ordinance treats skill-based games as chance-based and gambling games is disappointing because it disregards sixty years of established legislation and the latest Madras High Court ruling.

Experts believe that the ban will not protect residents, who will turn to illegal offshore gambling sites to play their favorite games.

So far, the administration has made two attempts to pass laws banning online gambling. According to these laws, nobody can offer online gambling services in its jurisdiction but we are not sure when the state government will enforce these rules and if they will be able to effectively ban online gaming sites.

Grah Gochar November 2022: A month from November 11 will be beneficial for these 3 zodiac signs there will be big changes in life 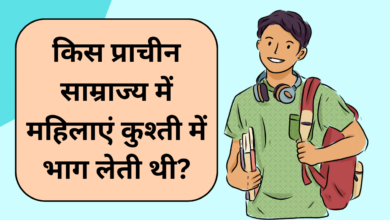