Royal Challengers Bangalore have been the dragons without fire over the years. Season after season, they boast of a formidable team, consisting of world-beaters, especially in the batting line-up. Most of the time, however, they have disappointed. In the last five years, they have finished last twice. Overall they have ended up runners-up in three seasons but apart from that, they have made it to the Playoffs/Semis just four times. And two of those play-offs qualifications have come in the last two seasons which points towards improvement. But they still lack that final push to cross the finish line.

Here’s how they have fared year on year

How did they fare the previous season: After three straight years of not qualifying for the play-offs, which included two bottom of the table finishes, RCB have found some consistency at last. They showed some promise in the 13th edition of the IPL in 2020 as they reached the Eliminator but lost to SRH. It was a similar story in 2021 as they finished third in the table with nine wins and five losses. However, in Eliminator, their batting faltered and they could post just 138/7. They showed fight and took it till the last over but KKR kept their nerve and won the match with four wickets and two balls to spare. This year though things will be different. Like all others, they have a revamped team but the biggest difference will be the fact that Virat Kohli won’t be leading the side. They will have a new captain.

Win Percentage: RCB are one of only four teams to have more losses than wins (for teams to have played more than 100 matches). They possess a win percentage of 48.06. Of the 211 matches played, they have won 98 and lost 106 with four ending in no result. Of the three Super Overs they have been a part of, they have won two and lost one.

RCB have the best batsman in the world in their line-up. He is also the top run-getter in the league with 6283 runs from 199 innings at 37.39. He has scored five tons, the most in the league and the third-most number of 50-plus scores – 42.

Chahal had been the backbone of the RCB bowling line-up which has struggled over the years. In his eight years at the franchise, he picked up 139 wickets from 112 innings at 22.03. He’s possessed an impressive economy rate of 7.58 and a strike rate of 17.4 and has two four-fers to his name. Chahal will however don the RR jersey this season as he was bought for 6.5 crore in the IPL 2022 auction by the Royals.

Highest individual score: Chris Gayle 175 not out vs Pune Warriors at Bengaluru in 2013

23 April 2013 was the day the Universe Boss went berserk and clobbered the Pune bowlers all over the part at the M Chinnaswamy Stadium. He was unstoppable that day as he hammered 13 fours and 17 sixes on his way to 175 not out off 66 balls. He propelled RCB to 263/5 and then the team restricted Pune to 133/9 to win the match by 130 runs. Gayle’s 175 not out still stands as the highest individual score in the league.

Highest team score: The Gayle Storm that hit Pune Warriors was also the day RCB registered their highest total in the league – 263/5. Gayle also ended up getting two wickets in the match going with his unbeaten 175.

Chennai Super Kings have had the wood over RCB winning 18 of the 28 matches and losing nine. RCB, with 33.33 win percent against CSK, have their lowest win percentage against any team (For teams against whom RCB has played 10 or more matches)

When they played in the UAE:

In the 2014 edition, RCB started off in style with two thumping wins in first two games. But then lost their way losing the next three to make it two wins and three losses from five matches in the UAE leg. In 2020, they made it to the playoffs finishing fourth in the table but lost in the Eliminator.

In the second leg of IPL 2021, they had a mixed outing in the UAE having won 4 and lost 4 of the eight matches played. 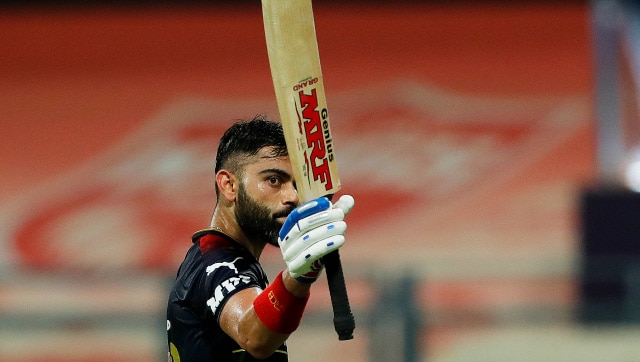 ‘My father didn’t eat for 2-3 days… ‘: Rinku Singh opens up on struggles during injury 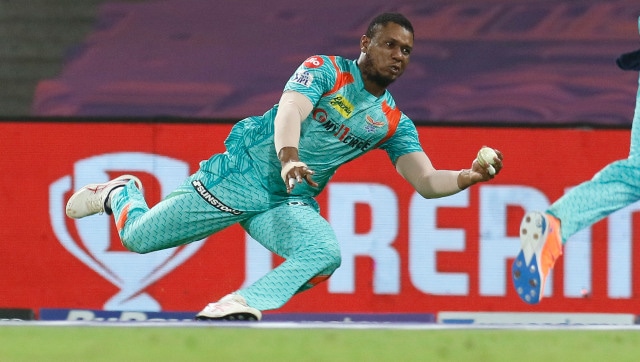