Carrom is a tabletop game of Indian origin. The game is very popular in South Asia and is known by different names in different languages. In South Asia, many clubs and cafes organize regular tournaments. Carrom is usually played by families, including children, and at social functions. Carrom is not a patent game. It is in the public domain. Different standards and regulations exist in different regions. It became very popular in the United Kingdom and Commonwealth in the early 20th century.

The game of carrom originated in India.[1] A carrom board made of glass is still available in a palace in Patiala, India. It became very popular among the masses after the First World War. During the early part of the twentieth-century state-level competitions were being organized in various states of India. Serious carrom tournaments had begun in Sri Lanka in 1935, but by 1958, both India and Sri Lanka had formed official associations of carrom clubs, sponsoring tournaments and awarding prizes.

The International Carrom Federation (ICF) was formed in the year 1988 in Chennai, India. The formal rules for the Indian version of the game were published in 1988. In the same year, the ICF officially codified the rules. The game has been very popular throughout South Asia, mainly in India, Pakistan, Bangladesh, Sri Lanka, Nepal, and the Maldives. The game is also popular in several countries of the Arabian Peninsula, including Saudi Arabia, Kuwait, and Bahrain. It has gained some popularity in the United Kingdom, Europe, North America, and Australia where it has been introduced by the Indian diaspora. UKCF was formed in 1991 in London. The main function of this organization is to promote the sport of carrom throughout the UK and to ensure the participation of UK players in all major international championships. The UKCF has hosted 3 Euro Cups in England and has had great success in the tournament with players from the UK. The UKCF organizes national championships and league tournaments across the UK on an annual basis.[6]

The United Kingdom Carrom Federation has finalized its preparations for the 7th World Carrom Championship to be held in Birmingham, the United Kingdom from 7 November to 11 November. About 20 countries have confirmed their participation in the championship.

The United States Carrom Association reports on competitions in the US and Canada and has a player ranking list as of previous tournaments.

A group of carrom lovers grouped together in 2004 and established the Pakistan Carrom Federation or PCF. The PCF has worked to form clubs all over Pakistan to promote and teach the sport.

The German Carrom Federation was established in 1986 with the aim of supporting and maintaining the sport of carrom. The federation oversees Germany carrom clubs and teams throughout Germany.

The Italian Carrom Federation was founded in 1995 by a group of carrom enthusiasts and is responsible for the spread of the game throughout Italy. The federation is supported by a large number of volunteers who regularly run programs throughout Italy to teach and educate about the sport.

The Japan Carrom Federation was established in 1997. In 2001 they moved from Hikone to their new headquarters in Tokyo. Originally established to allow players to compete in overseas tournaments, it held its first national championship in 2004 and now hosts tournaments, demonstrations, and training camps throughout Japan.

Boards and pieces can be purchased in the UK, Europe, North America, or Australia and are usually imported from India. The most expensive boards are made with high-quality wood and a high standard of decoration, although cheaper boards are available. Some of the largest exporters of carrom boards are in India, e.g. Precise, Surco, Syndicate Sports, and Paul Traders.

The game is usually played on a square board made of plywood, with a pocket in each corner. The standardized board’s dimensions are a 29 in (74 cm) square playing surface. The edges are tied with wooden bumpers, and the bottom of each pocket is covered with a mesh that is 10 cm2 or larger.

Carrom is played using small wooden or plastic discs known as carrom mains (sometimes abbreviated Cm, Cm C/M, etc.). In addition to the special queen, these pieces may also be known as seeds, coins, pawns (as in chess), or pucks. Carrom men are designed to slide when hit and with a smooth surface that slides smoothly when laid flat on the board. They hit a standard specification striker that is bigger and heavier. Carrom follows similar “strike and pocket” games, with the use of pools, rebounds, angles and interception of the opponent’s carrom pieces.

A carrom set consists of 19 pieces (not including the striker) in three different colors: one for each player and another for the queen. Common colors are white (or no stain) and black for the players and red for the queen.

The striker piece is used to push the carrom men and queen into pockets across the board. Carrom Striker normally weighs 15 grams in size 7cm in diameter.

The red disc is called the queen; This is the most valuable piece. During board setup, it is placed in the center of the circle. According to ICF rules, pocketing a queen adds 3 points to the player’s total score. The dimensions of the queen should be the same as that of other carrom males.

A fine-grained powder is used on the board to make the pieces slide smoothly. The most commonly used for this purpose is boric acid powder. The European Union has classified boric acid as a “serious health hazard” and stated that “the substance may affect fertility or the unborn child.” can harm”.

In the UK, many players use a version of anti-set-off spray powder from the printing industry which has specific electrostatic properties with particles up to 50 micrometers in diameter. The powder is made from pure, food-grade vegetable starch.

Several companies made copies of Haskell’s carrom game board. The Transogram Company made a version in the 1950s and called it the Scooker. Coleco reproduced in the 1980s with 202 derivative replica games with names such as “carrom-playing games board”.

In the 1970s some variants were called “101 games board” and “carrom-playing 166 games board”.  An ice-box manufacturer made “combinola” and “crocinola” variants. 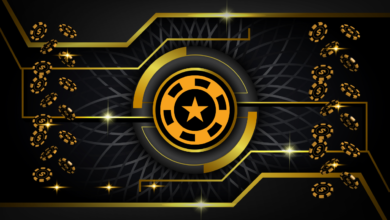 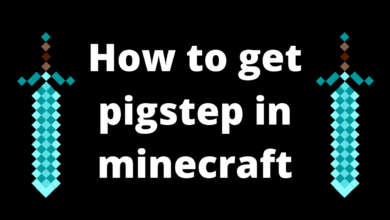 How to get pigstep in minecraft | minecraft music disc pigstep