After many raised concerns about the legitimacy of the way Maradona died and prosecutors wanting his medical team to go on trial almost one-and-a-half years after his death, we revisit the developments in the case so far.

While the world mourned this unfathomable loss in terms of both a sports legend, many raised a hue and cry about the legitimacy of the way he died. Maradona’s medical team thus came in the line of fire of public backlash. But how valid are these concerns and why do prosecutors want his medical team to go on trial after almost one-and-a-half years? Let’s revisit the developments since his death to understand the situation better.

Maradona, having struggled with cocaine and alcohol addiction, suffered from poor health in his latter years. Two weeks before his death he underwent a brain surgery for a clot.

Sources close to Maradona said he suffered from depression during eight months of coronavirus restrictions that confined him to home as he was considered a high-risk person.

Maradona was suffering from liver, kidney and cardiovascular disorders when he died.

A first autopsy conducted the day Maradona died, found he had suffered from liquid in the lungs with acute heart failure brought on by a disease of the heart muscles that makes it harder to pump blood.

Many questioned how Maradona had been allowed to go home and recover after such a hefty surgery and thus the seeds of doubt were sown.

Argentina’s public prosecutor’s office convened a medical board on 8 March to decide whether or not late football legend Diego Maradona was given proper treatment before his death.

The legal proceedings were prompted by a complaint filed by two of Maradona’s five daughters against Luque, whom they blamed for their father’s deteriorating condition after the brain operation.

Nine experts were called on 8 March including the medical examiners that took part in Maradona’s autopsy.

The public prosecutor in San Isidro, a suburb of the capital Buenos Aires, also called two more witnesses to appear before investigators: a nursing coordinator and the doctor tasked with coordinating Maradona’s home care during the days before he died.

Five other people, including neurosurgeon Leopoldo Luque and psychiatrist Agustina Cosachov, were already under investigation in the involuntary manslaughter probe. The “10M” demonstration was organized on social media by different Maradona fan groups under the slogan “Justice for Diego, he did not die, he was killed.”

Two of his daughters, Dalma and Gianinna, as well as the youngest of his five children – Diego Fernando, 8 – were at the protest, though they had to leave as the atmosphere turned tense.

Argentine football icon Diego Maradona received inadequate medical care and was left to his fate for a “prolonged, agonizing period” before he died last year, an expert medical panel of 20 medical experts convened by Argentina’s public prosecutor concluded on 30 April.

In a 70-page document, the panel stated that Maradona, who succumbed to a heart attack on 25 November at the age of 60, “started to die at least 12 hours before” the moment he was found dead in his bed.

The panel concluded that Maradona “would have had a better chance of survival” with adequate treatment in an appropriate medical facility.

Maradona died in his bed in a rented house in an exclusive Buenos Aires neighborhood, where he was receiving home care.

Maradona did not have “full use of his mental faculties” and should not have been left to decide where he would be treated, the experts said.

They also found that his treatment was rife with “deficiencies and irregularities” and the medical team had left his survival “to fate”.

Sebastian Sanchi, a former spokesman for Maradona, told AFP, “it is clear that the panel says that things were not done right.” Seven people were placed under formal investigation for manslaughter. The accused, who include Maradona’s neurosurgeon Leopoldo Luque, psychiatrist Agustina Cosachov and psychologist Carlos Diaz, thus faced a potential eight to 25 years in prison if convicted.

All seven were prohibited from leaving the country.

Luque, by then, had repeatedly defended his actions, saying “I did my best. I offered Diego everything I could: some things he accepted, others not.”

The doctor sought a dismissal of the case and said Maradona had been depressed in his final days.

“I know that the (coronavirus) quarantine hit him very hard,” Luque said.

A nurse accused of neglect in Diego Maradona’s death told Argentine prosecutors that he was following orders “not to disturb” the football icon while he slept.

Ricardo Almiron, 37, was Maradona’s nighttime carer and was one of the last people to see the World Cup winning captain alive.

He was suspected of lying when he claimed Maradona was sleeping and breathing normally hours before he died. An autopsy revealed he was dying at that time.

Almiron is one of seven people under investigation for manslaughter after a board of experts looking into Maradona’s death found he had received inadequate care and was abandoned to his fate for a “prolonged, agonizing period”.

Almiron arrived just after midday with his lawyer Franco Chiarelli at the San Isidro public prosecutor’s office on the outskirts of the capital Buenos Aires.

Speaking to journalists after the interview, Chiarelli said Almiron “always treated Maradona as a patient with a complex psychiatric” condition but was never told about “an issue related to heart disease.”

“He was told by his superiors not to disturb the patient. My client had the wisdom to carry out his tasks without the patient feeling encroached upon, which was something he had to deal with the entire time he was there,” Chiarelli added.

Over the next two weeks, the accused had to appear one by one before prosecutors, accompanied by defense lawyers, to reply to the allegations against them.

The hearings, postponed from April due to a spike in coronavirus cases in Argentina, ended with Luque, 39, on 28 June. Baque insisted it was the doctors treating Maradona while he recovered from the brain operation, not his client, who were to blame for the soccer legend’s death.

He said Maradona was being treated for heart trouble but at the same time was on psychiatric medication that sped up his heart rate.

Also, Maradona fell while in the hospital, and when Madrid asked to have a CAT scan done on him, an aide to Maradona refused, arguing that if the press found out it would look bad, Baque said.

“In the end, there were many warning signs that Maradona was going to die, give or take a day. And none of the doctors did anything to prevent it,” Baque said during a break in the interrogation of Madrid, which went on for more than eight hours.

Madrid was Maradona’s daytime nurse and one of the last people to see him alive.

Madrid was one of the people to have found Maradona with no signs of life and had tried to revive him, she said in a previous witness statement.

The psychiatrist who was treating Diego Maradona denied any responsibility for his demise.

Agustina Cosachov’s lawyer Vadim Mischanchuk said the footballer “died of a coronary issue that in no way related to the psychiatric issues she was attending to”.

“She was a psychiatric doctor, she had nothing to do with the clinical management of the patient,” the lawyer said.

According to the investigation record Cosachov and Luque were the key personnel in charge of Maradona’s care. Cosachov and psychologist Carlos Diaz, 29, found Maradona dead. Diego Maradona died of a heart attack outside Buenos Aires on 25 November. AFP

Diego Maradona’s personal physician denied through his lawyer Monday any responsibility for the football icon’s death, in which he and six other health care workers are being investigated for manslaughter, and requested a new medical board be assigned to the case.

Neurosurgeon Leopoldo Luque, 39, appeared before Buenos Aires prosecutors to answer to claims that he and other caregivers had neglected Maradona in his final days, precipitating his death.

“Luque has nothing to feel guilty for,” the doctor’s defense attorney Julio Rivas said at the end of Monday’s hearing near Buenos Aires.

“What he said was simply that he was always concerned with Maradona’s health, and every time he was called for any issue, he went and helped him. He was his family doctor, but not in charge of his home care.”

“I see no responsibility either in Agustina or in Leo” for Maradona’s death, Rivas said of Luque and co-accused psychiatrist Agustina Cosachov, 36.

But other members of the team have said the duo was in charge of the retired footballer’s care.

Luque, 39, has repeatedly denied guilt and recently said, “I’m proud of what I did” to assist the patient, denying he had abandoned him.

“I did my best. I offered Diego everything I could: some things he accepted, others not,” Luque said in an interview around that time.

The doctor said Maradona had been depressed in his final days.

“I know that the (coronavirus) quarantine hit him very hard,” Luque said. Diego Maradona’s former lawyer said Monday the medical treatment given to his client was “very bad”, after giving testimony in the investigation into the death of the Argentine football star.

“There were many mistakes made because Diego died, they inflated and inflated the poor guy until his heart exploded,” Matias Morla told reporters after his more than three hours of testimony at the prosecutor’s office in San Isidro.

Morla said that during his last visit with Maradona on November 16, “he had a strange voice, robotic, very high-pitched and intermittent.

“I informed everyone of Diego’s condition,” Morla said. “I then realized it was because of the amount of water retained in his body.”

The lawyer denounced as “crazy” the family’s decision to have Maradona recover outside of a hospital.

Maradona “had no reason to go to a house when the doctors said he had to stay in a clinic,” Morla said, adding he believed his client had been “abandoned by his daughters.”

Prosecutors investigating the 2020 death of Argentine football legend Diego Maradona have asked that the medical staff who treated him be tried for negligent homicide.

In their request on Wednesday, the prosecutors said “omissions” and mismanagement by eight medical professionals in charge of Maradona placed him in a “situation of helplessness” and abandoned him “to his fate” during his home hospitalisation, according to the court filing cited by the official Telam news agency.

The prosecution accuses them of “simple homicide with dolus eventualis,” an offense in which a person is negligent while knowing their negligence can cause someone’s death.

They could face sentences ranging from eight to 25 years in prison.

According to the prosecutors, the defendants “were the protagonists of an unprecedented, totally deficient and reckless hospitalization at home”, and allegedly committed a “series of improvisations, mismanagement and shortcomings”.

The defense must now present its arguments and may ask for the case to be dismissed.

With inputs from agencies 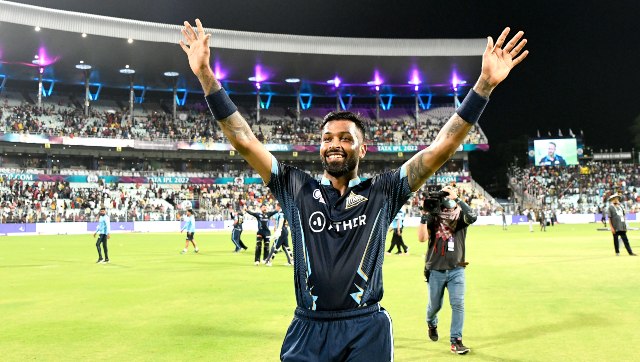 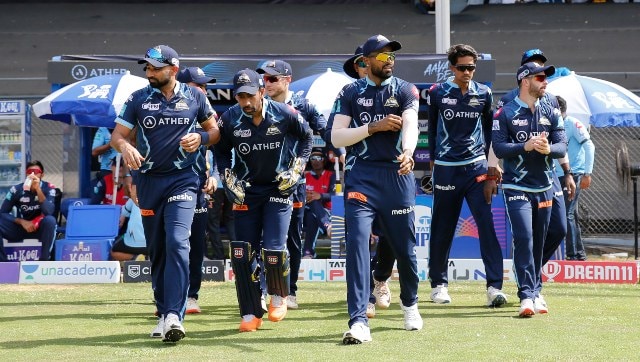 IPL 2022: From beating LSG in opening game to losing to RCB in final league game, GT’s road to playoffs